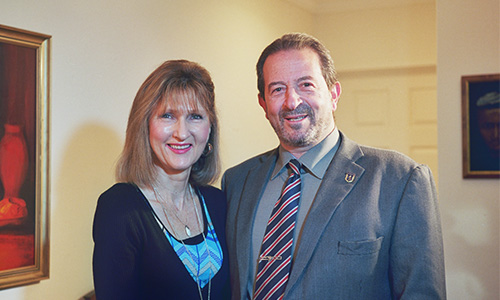 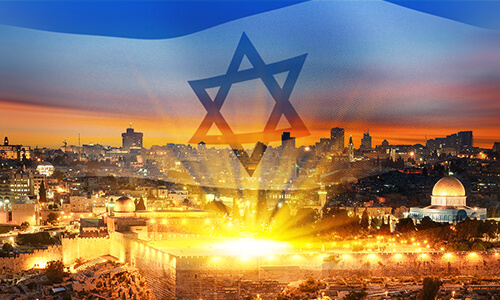 Out of Zion Ministires 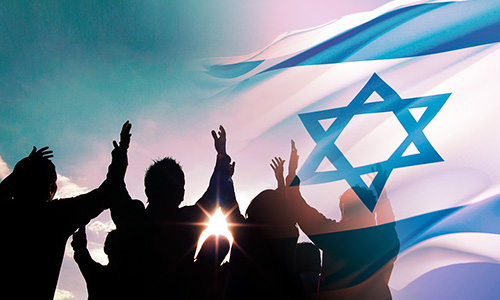 To fulfill God’s call on Israel as His ‘Chosen Nation’ to be a light and a blessing to the Nations;  to take the Word of the Lord to those who do not yet know YESHUA as their Messiah; For the Jew first and also for the Gentiles;  To teach the Church about her relationship with Israel and the Jewish people (Romans 11:17 – Ephesians 2:11 – 19); To encourage the Church to fulfill God’s call to the Gentiles to pray for, and assist in the natural and spiritual ingathering of the Jewish people.

David and Josie were born In  Auckland, New Zealand. Although David’s heritage is from the tribe of Levi, he grew up to become a committed Athiest who hated all religions, including the Jewish religion. The couple met as young teenagers and David took Josie away from the deep faith in God that she had since she was very young. They were married in 1978 and have 2 sons, Stefan and Jordan, who are both married to young women who were born in Israel, Keren and Limor. Stefan and Keren have added 4 grand-daughters to the Silver family.

Josie came back into the Kingdom after being born-again in 1986. David was initially very negative towards Josie's renewed faith in God, but after just 1 year and a supernatural experience, David also accepted Yeshua as Messiah in1987. Very soon after coming to faith, David discovered the true meaning of being a Messianic Jew and began to study the Hebraic roots of the Messianic / Christian faith. Late in 1991, after a second pilgrimage to the Feast of Tabernacles in Jerusalem, David sensed the Holy Spirit directing him to uproot his family and immigrate to Israel.

David and Josie have lived on Mt. Carmel since 1992 and are members of Kehilat ha Carmel congregation. David is an evangelist and has always had a strong calling to share the Gospel with the Jewish people. In 1995 David and Josie travelled to Moscow to participate in an outreach to the Jewish residents of that city. Then followed similar events in Moldova and Latvia. While in Latvia in 1997 , the Lord spoke to David and placed the vision for OUT of ZION Ministries in his heart. Soon after Josie received a prompting from the Lord to start an internet based prayer and intercession ministry, with the primary focus of encouraging Christians in the nations to pray for the restoration of Israel - Intercessors for the Restoration of Israel (I.R.I.)

David has authored a book called A Slow Train Coming, and has produced articles and videos which you can find on this website.

Out of Zion Ministries

It was always Israel’s calling to be an 'apostolic' nation, to be a light to the Nations. Israel received  this call at Mt Sinai. You shall be a Kingdom of Priests – a Holy Nation “(Exodus 19:6)  Actually, it goes right back to the time of the Lord’s covenant with Abraham  – And in your seed all of the nations of the earth shall be blessed. (Genesis 12:3, 22:18, 28:14). The final words of Yeshua (Jesus)  before He ascended to Heaven were a repeat of the apostolic calling to his Jewish desciples to go into all the World”. (Mark 16:15) The apostles of the early Church fulfilled this call and the Gospel went forth from Zion.

Isaiah 2:3 "For out of Zion shall go forth the law, and the word of the LORD from Jerusalem." (NKJ)

Israel was reborn in 1948 and Jerusalem was reunited in 1967, causing the prophetic time clock to start ticking again. The modern Israeli Body of Yeshua became 30 years old in 1997, and we at Out of Zion Ministries believe that it is not a coincidence that the vision for this ministry was received in 1997. Yeshua was 30 years old when His ministry began, as was Joseph, and 30 is the age of Levitical priesthood.  We believe that NOW is the time for the Israeli Messianic believers to rise up and fulfill their apostolic calling and once again take the Word of the Lord out from Zion. Since 1997 David and Josie have taken the Word of the LORD out from Zion to more than 40 nations.

Intercessors for the Restoration of Israel

I.R.I. is an internet based prayer network connecting Israel and the Nations. In association with Out of Zion Ministries, Mt. Carmel – Israel.

I want to share with you, and to invite you to participate in a vision, that I believe the Lord gave me in 2001.David and I are the founders and directors of Out of Zion Ministries, based here on Mt. Carmel . The primary vision of Out of Zion is two-fold:

1. To share the gospel with the Jew first and also with the Gentiles

2. To share with the Church about her Jewish roots and her Biblical responsibility and relationship to Israel ; and to encourage Christians to bless the Jewish people through prayer, intercession and financial support.

David and I believe that both of the above are imperative to hasten the ushering in of the Lord’s return (Acts 3:21 and 2 Peter 2:12) to establish the kingdom of God here on earth, which will be based in Jerusalem.

My intercessory ministry is an email based network that will enable two-way communication from Israel to the nations, and from the nations to Israel . Just before the Lord established this ministry, I had a very vivid dream in which I saw many small rivers flowing into one big river. The small rivers represented the many different nations, and the big river represented Zion . As the small rivers flowed into the big river they deposited and imparted something to leave in Zion , but at the same time the nations that came up to Zion received from the Holy Spirit to take back and impart to their nations. (Jeremiah 31:12)

I send out a monthly intercessory bulletin with current information, statistics and facts, along with suggested prayer guidelines and scriptures.

Isaiah 62:10 "Go through, go through the gates, Prepare the way for the people …. Take out the stones."

1. To pray for continuing and increasing Aliyah (immigration of Jews to Israel ) – And also that Messianic Jews in the nations would increasingly grow and mature and also make Aliyah.
With the current economical and financial situation we are in, now is the time for all Jews to return to their homeland, Israel.

2. To pray for the salvation of the Jewish people in Israel.

3. To pray for our government, our soldiers, the Messianic body in Israel , and for the situation with Israel ’s surrounding enemies.

The first two points are prophetic signs of the Lord’s return.

Please communicate with me by email, if you feel led to be committed to be a part this ministry, or if you want to arrange a time to come to pray with us. Click Here to contact Josie.

Out of Zion Ministries is here to fulfill the calling on the Jewish people to be light and a blessing to the Body of Messiah in the nations. We do our best to keep you updated from our strategic location near the top of Mt.Carmel. If you have a question or a prayer request or if we can bless you in any other way, please do not hesitate to contact us.

Thank you! Your submission has been received!

Oops! Something went wrong while submitting the form 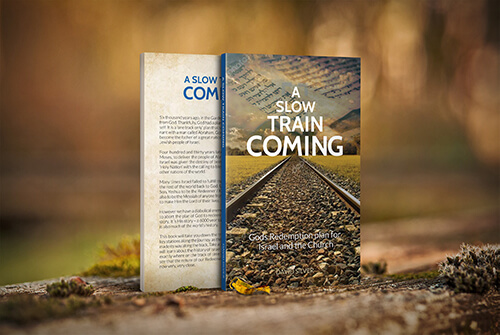 A Book by David Silver detailing the road map to Israels re-emergence and how it fits in with God's plan for Israel and The Nations. 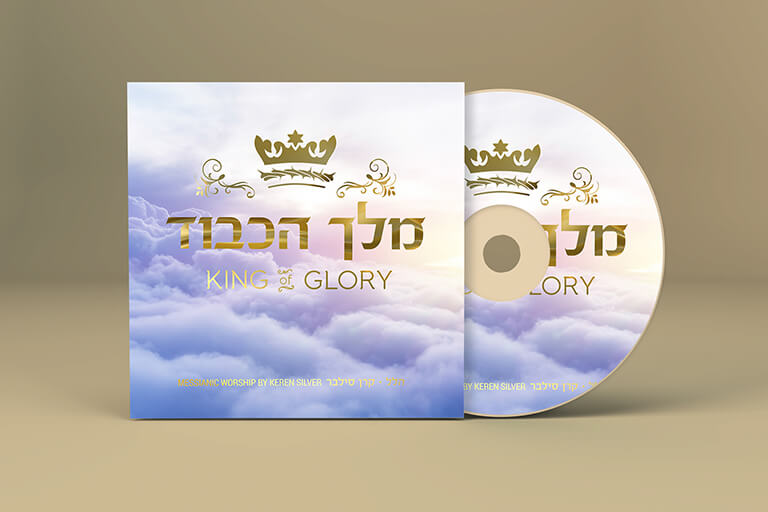 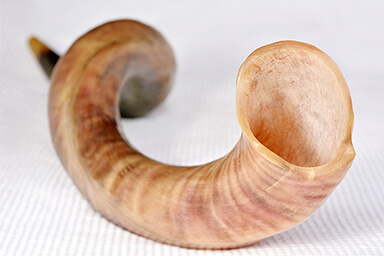 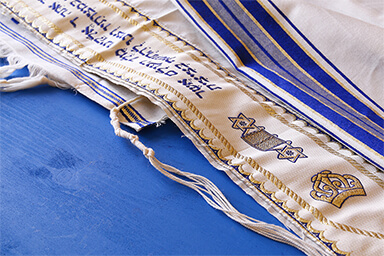